Letter of the week: Judge denied justice in Willard case 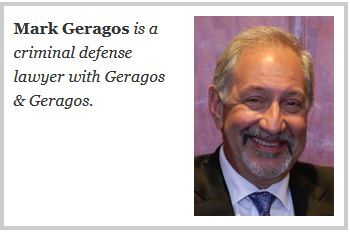 Danielle Willard’s life was taken by the lawless act of Shaun Cowley. And her family’s quest to seek justice for their daughter was taken by the lawless act of Judge Dever. Both acts are unspeakably tragic, and the court’s decision – one plainly at odds with the directives given by Utah’s highest court – only compounds the tragedy, re-victimizing a family whose only comfort and solace for the loss of their young daughter was to come through the judicial process.

The court’s ruling undermines the most fundamental principle upon which our criminal justice system is built — the right to have a jury determine a defendant’s guilt. In departing from the standards set forth repeatedly and consistently by the Utah Supreme Court, Judge Dever usurped that right and arrogated to himself the role of judge and jury. He has deprived the Willard family — by judicial fiat instead of jury verdict — the ability to seek justice for their daughter.

One might think that a case involving the death of a 21-year-old girl — whether ultimately criminal or not — should at a minimum merit some substantive discussion before dismissal. Alas, the court’s ruling is largely bereft of analysis and instead grants deference to the defense in unprecedented fashion. There is no doubt — absolutely none — that a criminal defendant accused of murdering a cop would have been bound over to answer at a trial on substantially less evidence than what was provided by the state in this case. It is a perilous path we travel where our police are not held accountable in the same fashion as our criminal defendants. The Roman poet Juvenal famously asked, “Quis custodiet ipsos custodes [who watches the watchmen]?” The answer in Utah, one might reasonably conclude after today’s ruling, is no one.